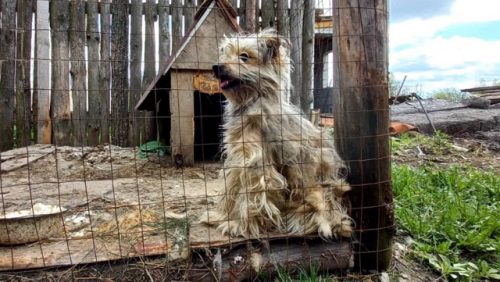 Not far from the monastery is an old aviary. Inside the aviary there is a booth. A dog lives in this enclosure, she was left here and forgotten, although sometimes someone still brings her some food. 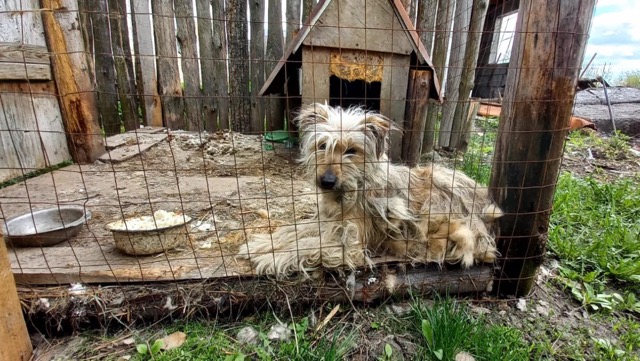 We couldn’t leave the animal to its fate, and when the mother asked to pick up the dog, they immediately responded. All we know about the dog is a girl. Her fur is quite long, but it is dirty and matted to such an extent that it seems almost impossible to cut it all off and see a dog under the hairballs.

It is even difficult to imagine how an animal suffers, unable to help itself on its own and completely abandoned by people. 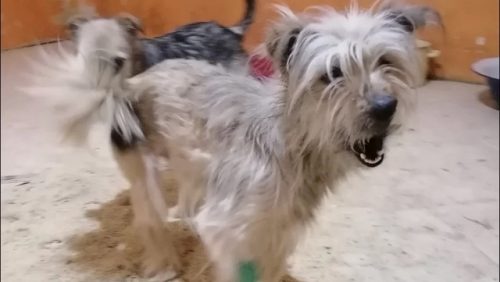 We managed to wash and cut the dog. They did it on their own, so in some places it turned out sloppy, but for the animal, getting rid of tangles was a real liberation. The dog’s mood immediately rose, she became active and cheerful. They found an overexposure for the dog and now she is getting used to it.