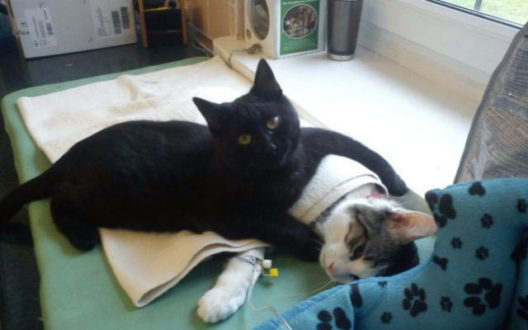 This story looks mystical, especially considering the fact that its main participant is a black cat.

In 2014, a 2 months old cat was brought to the Animal Medical Center in Bydgoszcz, Poland.He was seriously ill , he had asevere inflammation of the respiratory tract. 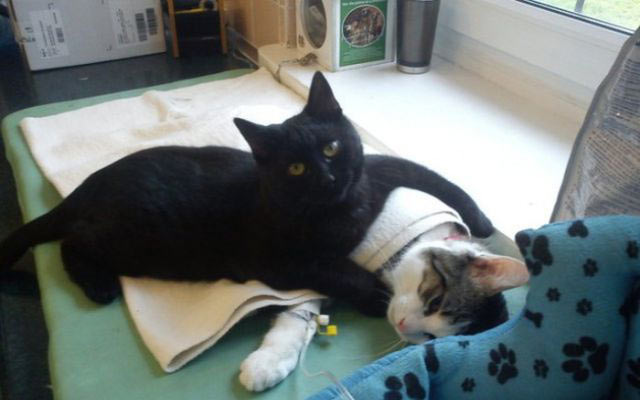 Every day the cat was getting worse and worse, but the workers of the shelter didn’t able to sedate this little fluffy ball of fading life. They gave Rademenes a chance and left the cat, for which they were later rewarded but not financially.

The cat have returned to life and suddenly began to demonstrate behavior that is more characteristic of people rather than animals.Rademenes began to take care of every guest of the Polish shelter clinic, not paying attention to the appearance of the animal. 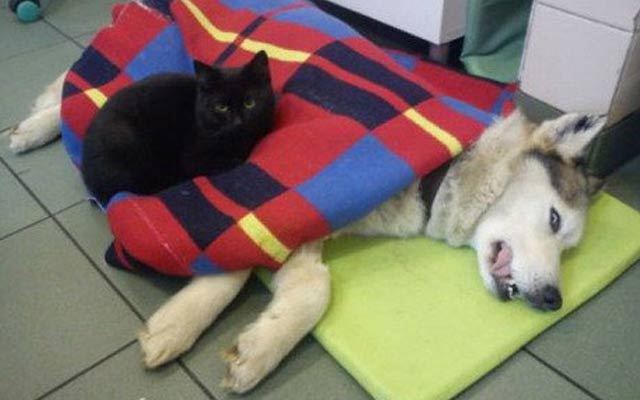 No, Rademenes didn’t learn how to take tests and prescribe medications.But during the whole day he takes care of every sick animal that ended up in the shelter.

Rademenes lies next to sick animals, licks their muzzles and ears, hugs them with his paws, shares his warmth. 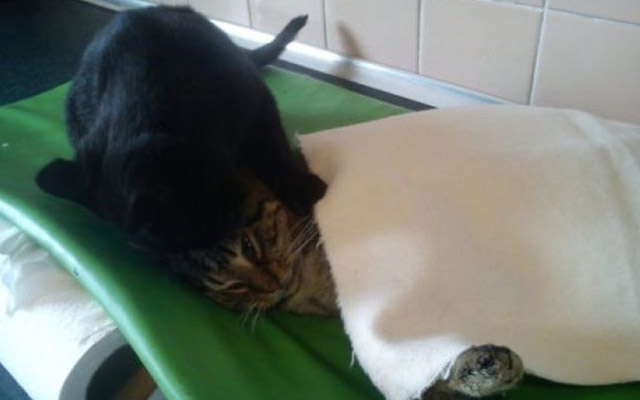 Shelter workers have long considered the cat to be their talisman that promises recovery to every patient of the animal shelter clinic.

The cat that show worry for its fellows has become so familiar to everyone in this center that they have long jokingly. They called Rademenes a nurse and their colleague.