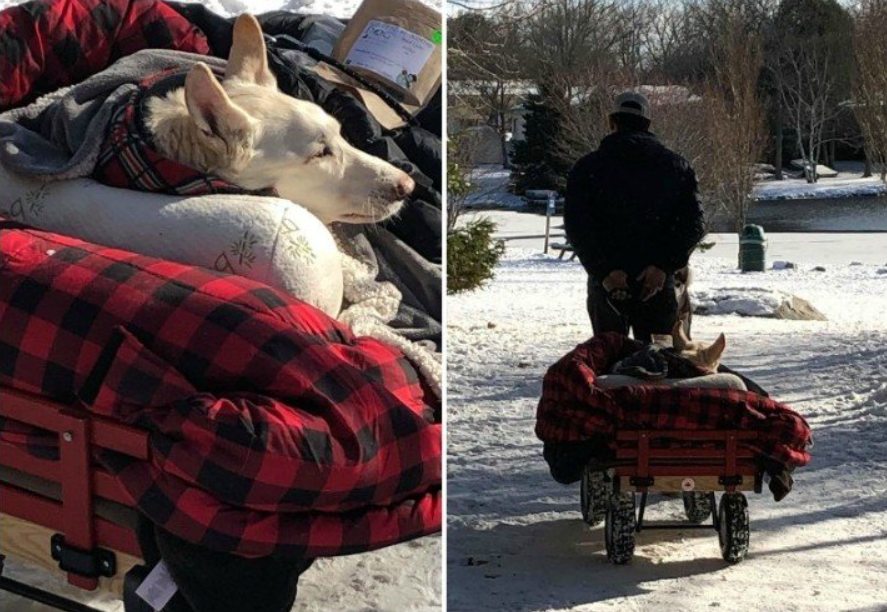 Brian, who lives in a small town in the province of Nova Scotia in Canada, walked in a local park on a fine winter day. On one of the alleys, he met a man who was pulling a cart with a dog lying in it along with the snow.

As we people are used to seeing our dogs running along with us, walking beside us, it was quite strange to meet an adult dog that didn’t move.

Brian was very interested in why the man was carrying the dog, he could not resist, and asked about it. 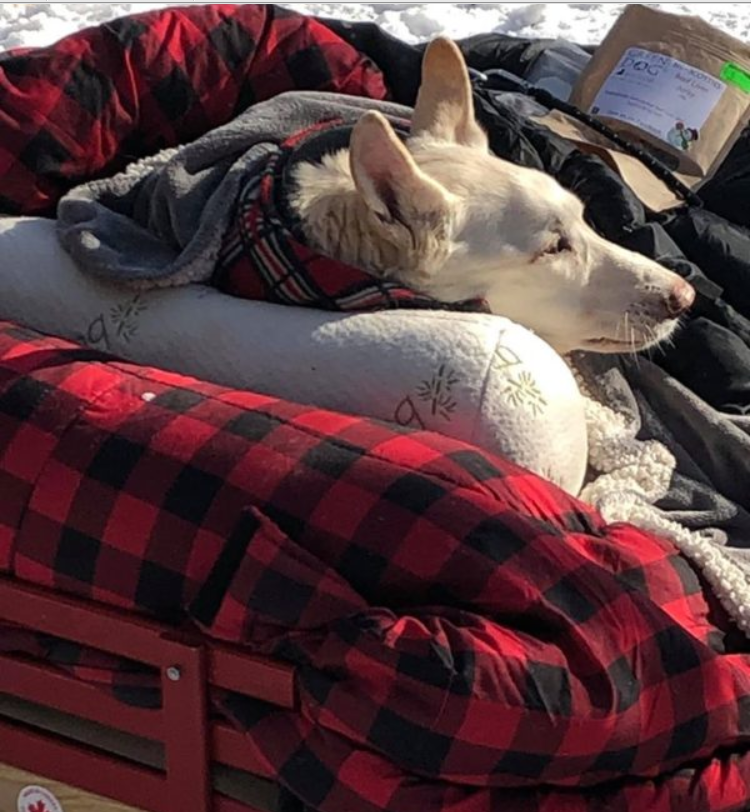 And in response, he heard a rather tragic story. The man said that his pet has amyotrophic lateral sclerosis (ALS) (the so-called disorder of the spinal cord in dogs, which can lead to paralysis).

Since the dog is not able to walk on its own, the owner made a special cart so that you can walk it. 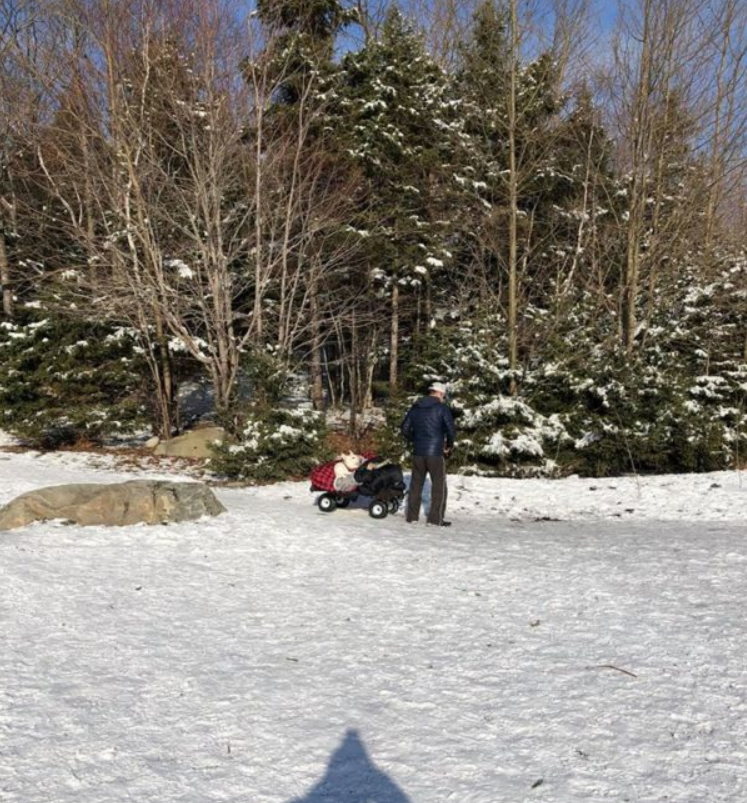 Having finished the story, the owner of the dog continued his walk further. And Brian was so impressed with what he heard that he decided to tell this story to other people.

It’s so beautiful to see this man’s unconditional love for his dog. He was ready to carry the weight of his furry friend for the reason to take him for a walk.