In May, I came across a post about seven puppies being tossed at the door of a public restroom. The author of the message wrote that the puppies are so small that they can neither eat nor walk on their own.

When I saw the photos of the babies, I was horrified. They sat on the threshold of the toilet, which was located in the forest and closely huddled together, trying to keep warm. 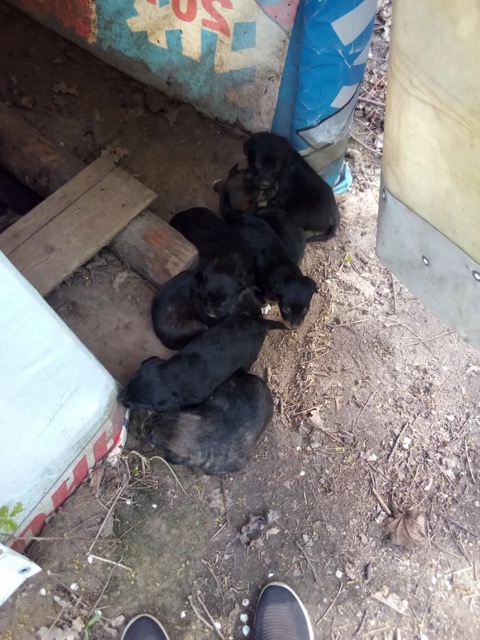 The temperature outside was low, and the puppies, as we learned later, spent at least three days outside, while they did not eat anything during this time. People saw them here, but passed by, not wanting to help and not even worrying that at any moment the puppies could simply fall into the cesspool. It is clear that the kids themselves would not have come here, they could barely walk, which means that someone brought them here on purpose.

My friends responded to my request for help and immediately went for the puppies, despite the fact that it was late at night. They found puppies at the place where it was said in the post. Svetlana was the first to arrive at the place and the kids immediately began to crawl towards the girl. 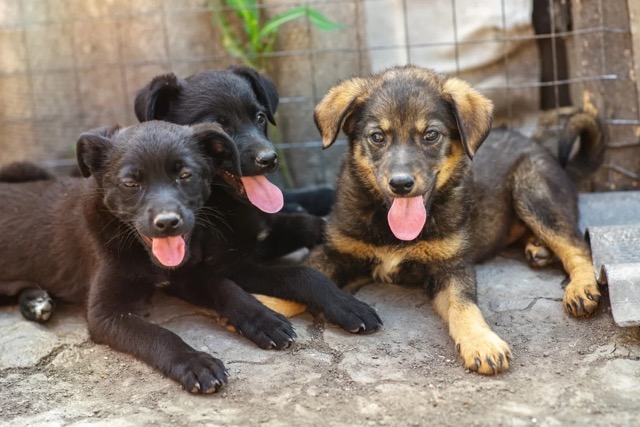 Svetlana fed the kids and took them to the car. We had no idea what to do with the puppies next. We had nowhere to place the kids, so Sveta took them in for the first time, although she lives in a rented apartment. We promised to help with food, because the girl already takes care of dozens of animals that do not have a home.

When Sveta took the puppies, they were barely two weeks old, so she had a lot of trouble with them, but she was able to go out and feed them. We kept our promise and brought food. While the puppies moved out of town, to the village house of the girl. All seven kids are very similar to each other, they grew up, became cheerful and quick-witted. 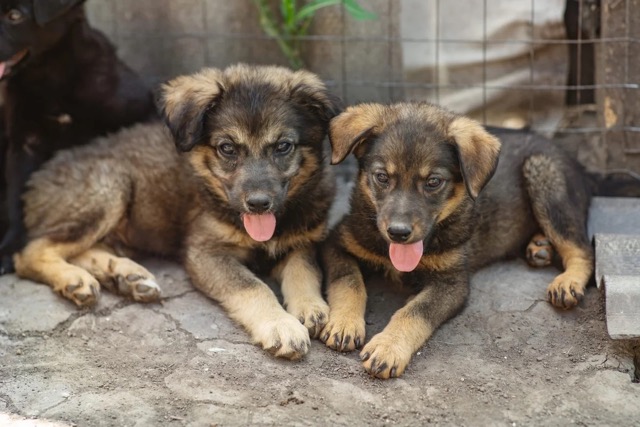 Sveta already has 13 rescued dogs , who took upon themselves the upbringing of the kids. They consider the girl to be their mother and every time she visits, they rush to meet her with all their might.