One of the Canadian animal shelters received a call from people who reported that a cat was sitting near their house. The animal looked very sick and weak. Not far from the cat was a note with a very strange content: «Please leave cat alone, he is here for a specific reason.»

People who noticed the animal near their home tried to find its owners, but they didn’t succeed, and the animal needed immediate help. 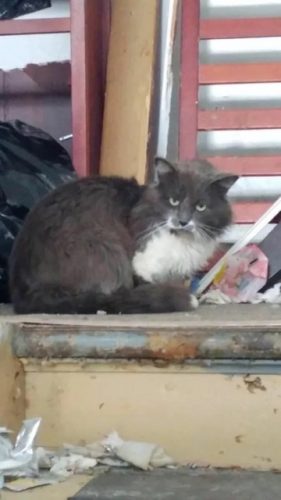 Rob Boyswerth, an employee of the shelter, came for the cat. Seeing the man, the cat looked at him with a sad look. Rob immediately took the cat off the street, without asking how he got here and what reasons the note was talking about.

In the shelter, it became clear that the cat hadn’t eaten for a long time and also that he was tormented by fleas, with which his fur was simply stuck around. The cat looked at everyone around with sad eyes.the shelter staff immediately felt warmth towards him and he reciprocated. The cat was named Sylvester, he was provided with the necessary assistance, thanks to the treatment, as well as care and concern, he quickly began to recover. 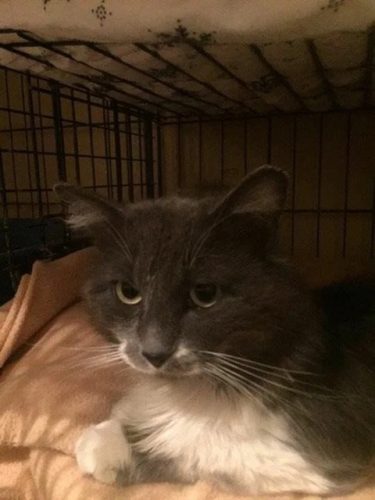 The shelter staff spoke about this cat in social networks.his story touched many, people sent him toys and money for treatment . The cat has attracted a lot of attention, which means he has a good chance of finding a new home.

We also managed to find out about the previous owners of the cat, who wrote a strange note. It turned out that they kicked the cat out into the street so that he could start catching rats. Due to improper care on the street, the cat turned out to be already weak and sick, so he could not get his own food on his own. This page in the life of Sylvester is left behind, now a happy future awaits him.

FAVORITE ANIMALS 0
It is very sad and bitter to be abandoned and useless, not only to
Interesting Posts